Drunk on the blaze of my personal arson
and good Tennessee whiskey, I staggered
backwards twenty snaking yards
from my trailer to an oak with a view
of Kiwanis fireworks.
Never mind the drought
Southern Illinois was in the middle of–lighter fluid arced
half a halo in front of me sending undergrowth
crackling and hissing in ashes to heaven.
The blurred outline of my friends through the wall of flame
spurred me on. They were the wicked, quenching
my prophet’s fire with an earthly garden hose,
mortal buckets and tea kettles of unholy water.
It was vision I was after, miles of it,
punctuated by pink and green screaming meemies
and roman candles.The bottle rockets we’d shot
at each other merely tickled and I wanted to scrape
the sky to yell at the Almighty. I scrambled up the tree
in time for the hollow finale, a giant dandelion
of Sousa flashes that sent me disappointed down
into the gentle arms of a blackout.
I woke unable to articulate
“hangover,” the wet-ash smell of war thick as ink,
the charred path behind my trailer still smoking,
beer cans and the pitiful skins of firecrackers
dotting the yard.I stayed in the shower forever grateful
for fire that burned so far and no farther
but I could not cool the sting of vision limited
by recklessness so easily halted: the blank slate
of acres on acres of hardwood forest burned
uselessly might have rendered more wisdom
than my crooked destruction, meager
in scope, unnamed ivies already rooting again. 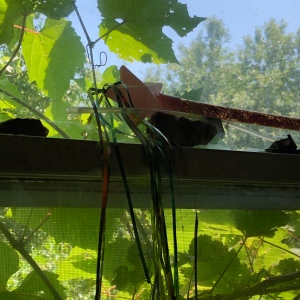 So much has changed since the late 80s when this event really happened. I no longer live in a trailer. I no longer get drunk. In fact, I almost never drink at all. Prolly a good thing. This poem was published in Cutbank in the early 90s, once I’d begun teaching in Wisco.

These were the days when we’d buy a bottle of Jack Daniels for a party and throw the cap away. “Won’t be needing that,” we’d say. Hey. That rhymes. I wonder if….

Oh–also, I’m sure I could name the ivies now. My guess is that a fair bit of it was poison ivy but also Virginia creeper, or as in the above photo, grape. Which we probably need to clear off our window before it comes inside.

There was also a lot of honeysuckle around that particular trailer, which I knew at the time, because some of it had worked its way inside, into the shower stall, which I liked, because it was so fragrant. I am no longer charmed by plants working their way inside my house from the outside. So much has changed.

I almost never want to leave the street
where my dream is taking place, but things
move fast so I can’t linger. The other night
I was in Butte (I think) and everything
was Irish, St. Patrick this and Brigid that,
mint green signs and throbbing drums and drunk guys
and a sense that things were turning dangerous
and I was walking, not driving, down a very narrow street.
That’s it. That was the end. I wasn’t afraid.
A man I know who lost a tooth in Butte
(for real) has cancer. I dreamed about him last night.
A gallery show, collages of himself, most naked,
which he called “The Ravager_________.” Next to the cheese tray,
he was selling tiny brown cloverleafs he’d crocheted. 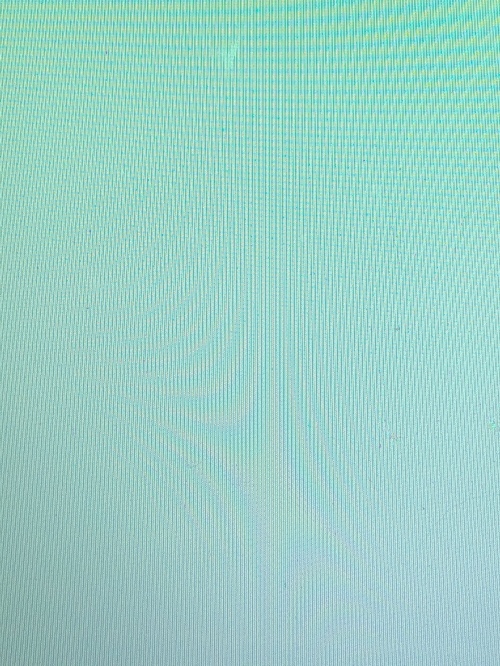