In the yinny-yangy world of work, my last post, “Welcome to UW-Bitchland,” was a protest against a criticism I responded badly to–someone suggested that full-time faculty should be on campus five days a week. Since I’m not, I took it personally. I absolutely don’t agree. I’m VERY available to students in person when I’m on campus (four days a week), and on email when I’m not (I check email six days a week). Also this: “Relax! You’ll Be More Productive!” (I took their energy audit and I am officially only 20% energized. Sheesh. More on that another time.)

But today, I’m really, truly feeling the love. A colleague who’s probably 15 years younger than me checked in through email–someone had criticized me in a way she thought was simply not true, and she just wanted to check in.

Driving to work I was thinking how lucky I am to have worked in a place with people ahead of me and behind me (chronologically) who supported me.

It’s more than support. I truly feel that I have a solid cohort of folks who see me, who get me, who appreciate me.

So of course, I was reminded of Bradley Cooper.

In multiple interviews, he relates this story, how he had “taped an audition scene with his mother, hoping to land a role as De Niro’s son in 2009’s ‘Everybody’s Fine.’ A hotel meeting ensued, Cooper remembers, that was typically short and pointed.’He looked at me,’ Cooper says, ‘and he said, “Yeah, you’re not gonna get it [Sam Rockwell did], but I see it . . . I see you . . . I see you . . . oh, uh, who was reading the other role, your mother? Yeah, I thought that.'”

What you see when you watch a lot of Bradley Cooper interviews is how over-the-moon he has been and still is about Robert DeNiro. It’s unabashed. And apparently, it’s mutual–Mr. DeNiro also gushed on Katie Couric’s show.

So here’s me gushing: I’m celebrating love of colleagues this Valentine’s Day. I’m not saying I love every single one of my colleagues (what are the odds of that even being possible?), but I am saying thank-you to people who have said to me in so many ways over the years, “I see it…I see you.”

I want to try harder than ever to say it back, to seek out those people and those moments and say it loud and proud: “I see it…I see you.” I love you. 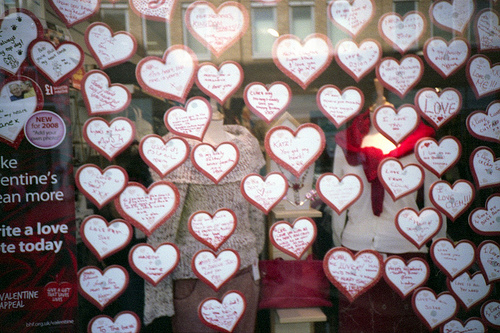